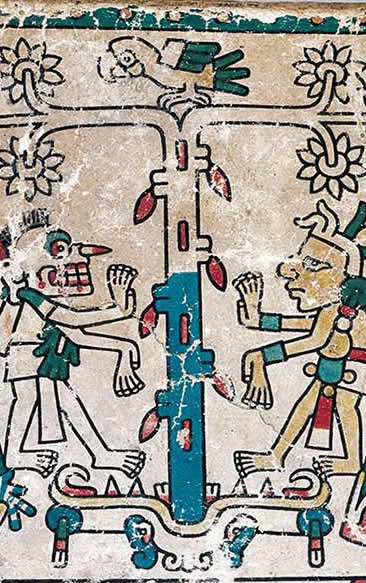 Cacao has been revered as sacred for thousands of years by the ancient Olmec, Mayan and Aztec civilizations. Originally it was ground with other ingredients and whipped into a frothy drink and offered to royal guests and priests ceremonially. The criollo variety was prized most of all and these beans were used as currency, along with feathers and jade.

The ancient Olmecs were the first to propagate Theobroma cacao trees around the Pacific Coast of Mexico 3,500 years ago, and it continued to be highly valued by the cultures that followed, including the Mayans and Aztecs, (or Mexhicas). The Aztecs valued the cacao bean so much that they used them as currency, and expanded their empire to the regions where it natively grew so they’d have access to its bounty.

The word ‘cacao’ originated from the Mayan words “Ka’kau”, the Mother Cacao Tree, and the word “chocolate” stems from “chocol’ha”, the drink, and the verb “chokola’j”, “to drink chocol’ha together”. Based on the Mayan, the Aztec word “Kakahuatl”, became “cacaoatl” in Spanish, and finally the last three letters were dropped, giving “cacao”, the word we use today.

The Maya believed that cacao was discovered by the gods in a mountain that also held other delectable sacred foods. According to Mayan mythology, Hunahpú, a central figure in the Popol Voh, or Mayan creation story, gave cacao to the Maya after humans were created from maize by the divine grandmother goddess Ixmucané, before he continued to become the Sun.

Oral traditions of the Aztec elders talk about Quetzalcoatl, the feathered serpent deity and spiritual teacher who was responsible for bring the teachings to the Toltecs, or group of wise ones. He brought from the place where the superior beings, or star people lived, the gifts of maize and cacao, and he taught how to cultivate them for sustenance. Cacao, maize, fire and water are especially sacred because these were the elements humanity is said to be created from, the ones gifted to the humans to use so that they could continue to learn and evolve. The story goes that the other superior beings were upset with Quetzalcoatl for sharing something so sacred with humanity. Since those times cacao and maize have been revered as sacred. 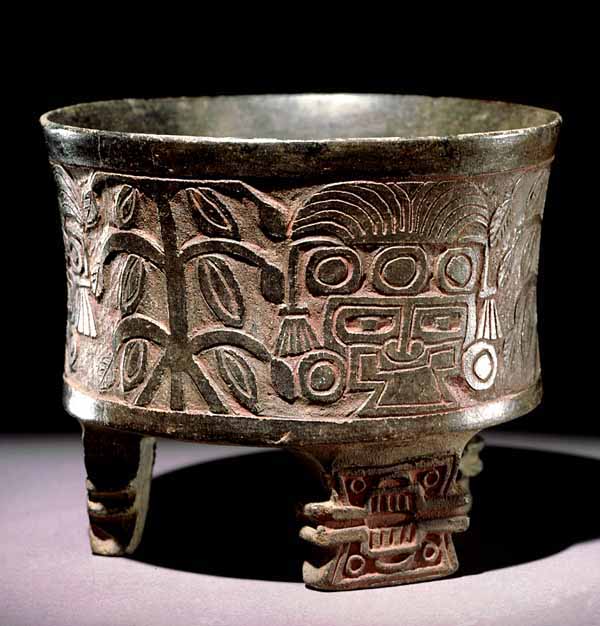 The botanical name Theobroma cacao continues in this tradition, “theo” meaning “gods” and “broma” meaning food, translating to “cacao, the food of the gods”.

The original chocolate was first prepared as a strong, frothy beverage, in which the cacao was ground on a gently heated grinding stone into a paste and then mixed with water, chilli, honey, and a large variety of other ingredients including spices and flowers. It was served both hot and cold and was used to carry out rituals, to connect to the sacred, and for healing. It is still used today by many indigenous people throughout the American continent as an offering and essential aspect of their ceremonial practice.

Our love for the power of cacao and our Aztec roots come together to create this handmade organic raw chocolate, from the heart.

Make sure this account has posts available on instagram.com.